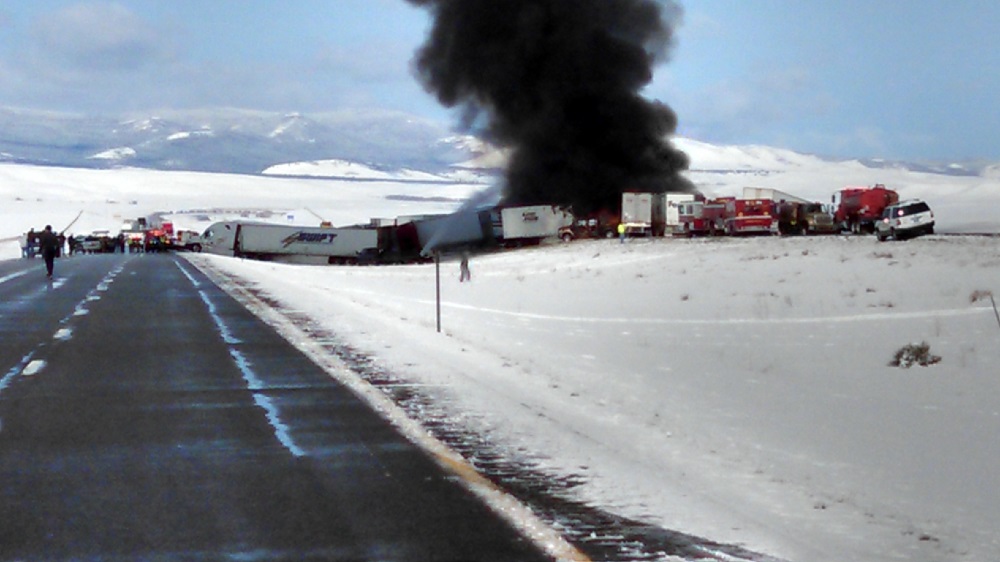 For the second time in less than five days, Interstate 80 is closed due to a major vehicle pileup approximately 18 miles west of Laramie at mile post 292.

Dense fog and light slush conditions are being cited as contributing factors in this crash. Initial reports are that two commercial vehicles crashed with each other at approximately 8:00 a.m. today causing one of the trucks to jackknife in both lanes of I 80 westbound. After the jackknife, the chain reaction of crashes began as multiple westbound vehicles crashed into the jackknifed truck and each other.

Very preliminary information has approximately 21 – 40 vehicles involved. Multiple injuries and one fatality have been confirmed. The investigation and cleanup has been hampered due to a large fire that is still burning from the crash with a 22,000 gallon tanker of Butyl Cellosolve (hazardous material) involved in the fire.