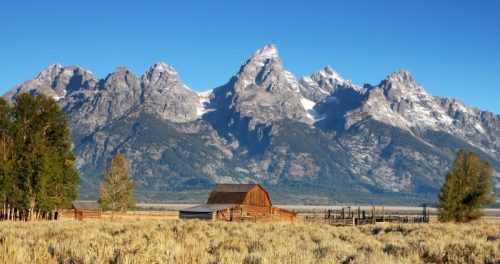 Grand Teton National Park Rangers have located a body that meets the description of missing hiker and climber, Rene Dreiling, on the north side of Mount Owen, on a rocky cliff band beneath steep snow fields.
The body was located at approximately 7 p.m. on Sunday, September 4, during an aerial reconnaissance flight. Rangers will attempt to recover the body today if weather conditions allow.
Grand Teton National Park Superintendent David Vela said, “We extend our thoughts and prayers to Rene’s family, and to Grand Teton Lodge Company.”
Dreiling, a 21-year-old male from Denver, Colorado, and a summer employee of Grand Teton Lodge Company, was reported missing Friday, September 2 when he did not show up for his scheduled work shift at Colter Bay. The park service investigation determined that he was last seen on Wednesday morning, August 31, along the northwest shore of Jenny Lake. Dreiling had discussed plans to climb Table Mountain and several peaks in Hanging Canyon prior to departing on his trip.
Approximately 100 individuals have been involved with the search for Dreiling. Superintendent Vela expresses appreciation on behalf of the park to all those that contributed their time with this incident. Vela also commends park staff for their leadership and commitment during a difficult situation.
Park rangers encourage all hikers and climbers to share their planned route of travel and an expected return time with someone prior to departure.