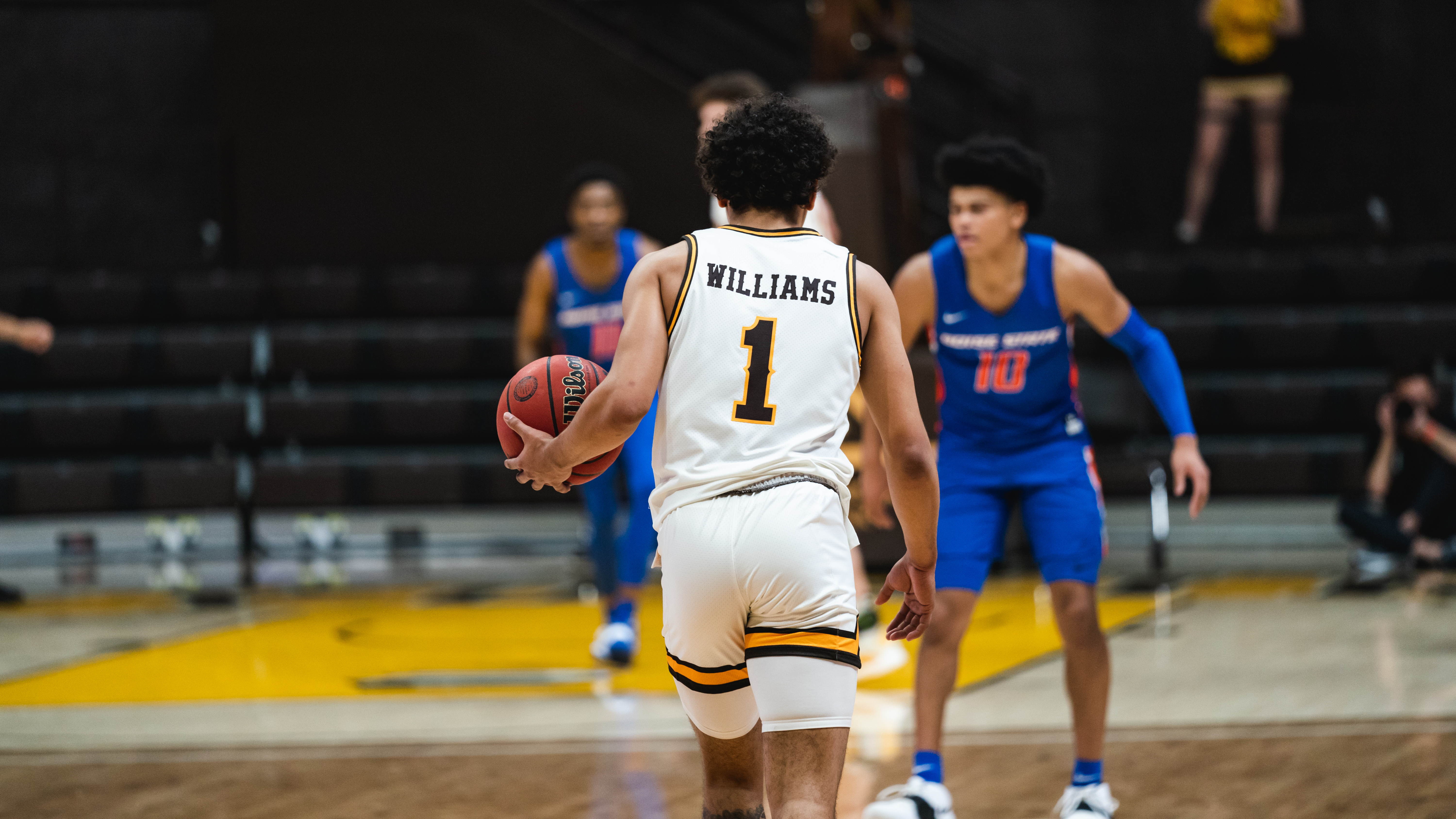 The Wyoming Cowboys (7-3 overall, 1-2 MW) got off to a slow start offensively in an 83-60 loss to Mountain West leader Boise State (11-1 overall, 7-0) on Monday evening in the Arena-Auditorium in Laramie. Wyoming cut a double-digit deficit in the second half to make it a five-point game, but Boise State closed the contest on a 20-2 run, as they won their 11th straight game.

“That is a team (Boise State) of juniors and seniors and guys who have been in a lot of games that gives them a toughness,” UW head coach Jeff Linder said. “That is what you saw from them the last seven minutes after we had cut their lead to five.  But from that point on we got out-scored 20-2 that last 7:23, and you could see where they (Boise State) took their level of intensity and effort up a notch.”

“We’ve been talking with our guys about is during the course of close games where you can make the choice to tap out and grab the wall or you can put together a run,” Linder said.  “We are a young team who hasn’t been in a situation like this against a veteran team.  Marcus (Williams), JO (Jeremiah Oden), X (Xavier DuSell) are young guys who’ve never been in that situation at this level.  But hopefully we will learn from this and they will realize, ‘Okay that is what coach has been talking to us about when we’re doing finishing drills in practice.’  For our guys to see this and feel this tonight is only going to pay off in the long run.”

The Pokes were held to only six threes on the night, for back-to-back games with under 10 threes for the first time this season. Wyoming shot 39 percent from the field for the game and were outrebounded by the Broncos 47-23.

The Broncos raced out to an early 8-0 lead in the opening two and a half minutes of play, as Wyoming opened the game 0-5 from the field. Wyoming responded back with back-to-back layups from both Maldonado and Williams a minute later.

Both teams would go scoreless for just over three minutes with Kwane Marble II hitting a pair of freebies to make it 10-6 BSU with 13:31 left in the opening half. Boise State’s Max Rice scored five-straight points to help give Boise State a 19-10 lead with 10:57 left in the half.

Marble II made it a six-point contest, but Boise State hit three-straight field goals to build an 11-point lead at 24-13 halfway through the first. Wyoming cut the lead to eight points on a three-pointer from freshman Jeremiah Oden, to make it a 30-22 contest with under eight minutes left in the first frame.

Boise State’s Abu Kigab gave the Broncos a 15-point lead with five minutes left in the half with a pair of fast break layup. Wyoming went on a 7-0 run capped by a three-pointer from sophomore Kenny Foster to cut the deficit to eight points at 41-33 with just over a minute left in the half.

Boise State took a 43-35 lead into the locker room, as the Broncos shot 53 percent from the field and scored seven second chance points. Wyoming was held to only eight three point attempts in the opening 20 minutes.

The Broncos pushed the lead to 12-points with back-to-back buckets to open the second frame. Williams helped make it an eight point game, but Boise State pushed the lead back to double-digits with 16:45 left, and used five-straight buckets to make it a 59-43 game with 14:52 to play.

Boise State was led by Kigab with 21 points. He has scored 20 or more points in back-to-back games for the Broncos. Mladen Armus added a season-high 12 points and added 14 rebounds for his second double-double of the season. Devonaire Doutrive added 20 points hitting four three pointers on the night.

“It is kind of pick your poison with Boise,” Linder said. “Their balance makes them hard to guard.  We did a good job in some areas.  When you’ve got a young team, like we do, there are a lot of things when you look back where we’re not that far off.  But where we are far off is in terms of the effort and discipline it takes to beat a team like that down the stretch.  Hopefully, we learn from it and bounce back on Wednesday.”

The Pokes and Broncos close out their series on Wednesday evening at 7 p.m.