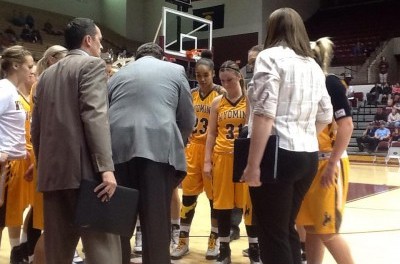 “The addition of Clara will add depth to our backcourt,” Legerski said. “She sees the floor extremely well and has the ability to make plays.”

Here is the signee:

Clara Tapia, 5-7, Guard, Barcelona, Spain (Universitat Pompeu Fabra):   A member of Basket Almeda the past five seasons. She helped them to second place finishes in the Copa Catalunya League twice and a fourth place spot in 2015. The team also won a Silver Medal in the Spanish Championship of Clubs. She also played for CBF Sarria and Catalonia during her career. Her Catalonia Club won a Gold and Bronze medal in the Spanish Championship of Regions, while placing first in 2010 and second twice in the Catalonia Championships. Tapia is the daughter of Ferran Tapia and Montse Palacio. She has two siblings, Guillem and Marti.