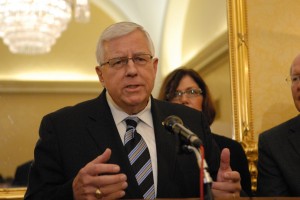 Wyoming Senator Mike Enzi says laid off energy workers in Wyoming are victims of bad policy. Two weeks ago, coal mine workers in Campbell County were shocked when nearly 500 were laid off due to a slumping industry. But that has not only affected the miners. Nearly 1300 railroad workers have also been laid off because less coal is moving out of the Powder River Basin. Enzi says those numbers might not seem like a lot in more populated areas, but in Wyoming it is significant.

Enzi says the United States needs to develop the technology to properly use the energy resources that are in the country and that includes mining coal and proper reclamation practices.