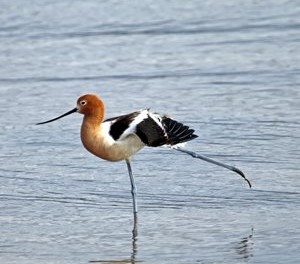 The Wyoming Game and Fish Department is revising its plan for how to manage and conserve the state’s diversity of wildlife. Wyoming is home to over 800 different species and under state law Game and Fish manages each one of them, unless they are on the endangered species list.

The Cowboy State has a track record of conserving these species for future generations. Successful conservation efforts in Wyoming include for unique species like sage grouse, swift fox, cutthroat trout and many others.

The plan is called the State Wildlife Action Plan (SWAP). It is a comprehensive strategy to maintain the health and diversity of wildlife within a state. These plans are used to reduce the need for future listings under the Endangered Species Act.

“Wyoming’s diversity of wildlife is incredible. On our plains, in our mountain ranges and throughout our waters we host hundreds of native species. Conserving these species requires many partnerships and the people of Wyoming should be proud of what we have done,” said Scott Talbott Director of the Wyoming Game and Fish Department. “Please get involved and let us know your thoughts on our strategy for the future of these natives species.”

State Wildlife Action Plans are produced as part of the U.S. Fish and Wildlife Service’s State Wildlife Grants program. This program provides Game and Fish with around $550,000 each year. These funds have been used to increase understanding of many of the state’s nongame species and to develop associated conservation strategies.

Game and Fish created its first SWAP in 2005 and completed major revisions to the plan in 2010. The public is now invited to comment on the 2010 plan and suggest changes. A draft of the 2016 plan will go out to the public later this year.

Wyoming’s plan is part of a national framework. All other states have a SWAP. Revisions to Wyoming’s SWAP are planned to be completed by December 2016, when the revised plan with be available for public comment.

Of the over 800 species of wildlife Game and Fish manages, only a few of them are hunted or fished and provide revenue for managers. In addition to birds and mammals, the SWAP includes conservation strategies for native fish, amphibians, reptiles, crustaceans, and mollusks. Wyoming’s SWAP uses a three tiered approach by identifying strategies at the statewide, habitat (both terrestrial and aquatic), and species levels. Individual species, called Species of Greatest Conservation Need, are identified within the plan to prioritize future research and conservation efforts. These species are designated by evaluating population trends and potential threats.

The Wyoming Game and Fish Commission approved a revised list of Species of Greatest Conservation Need for the plan at its January 2016 public meeting. This list, Game and Fish’s current SWAP and the comment form can be viewed athttps://wgfd.wyo.gov/Habitat/Habitat-Plans/Wyoming-State-Wildlife-Action-Plan.