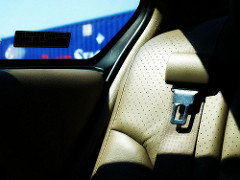 Swofford was driving a 1993 Dodge pickup truck eastbound on US 20/26 when the truck drifted off the road and struck a delineator post. The truck was overcorrected, tripped and rolled. Neither Swofford or Guttke were wearing their seatbelts. Guttke was ejected from the truck and sustained fatal injuries on scene. Swofford remained in the cab of the truck during the rollover and sustained fatal injuries on scene as well.

Driver fatigue and possible alcohol use are being investigated as contributing factors in this crash marking the projected 128th and 129th highway fatalities in Wyoming for 2015. There were 132 fatalities in this same time period in 2014.

Around 12:20 p.m. on the 11th, the 1993 Dodge truck involved in the crash was reported stolen to the Fremont County Sheriff’s Office out of the Dubois, Wyoming area.