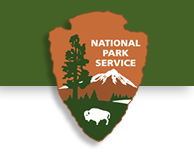 Kwiatkowski was pronounced dead at 7:52 p.m.  The body was transferred to the Teton County Coroner.

The incident continues to be under investigation, though initial indications are this was an apparent death by suicide.