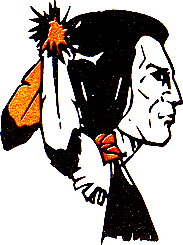 The Worland girls basketball team is on the only unbeaten team in the state right now.  At 15-0, the Lady Warriors are looking like a state title contender.  That wasn’t necessarily the case before the year.  They lost six seniors and three starters from last year’s team, that was beaten by eventual state champion Powell, in the first round at state last year.  Head coach Mark Mortimer is trying to keep expectations the same as they were then the season started.

Some of the current players were members of Worland’s state champion volleyball team from last November.  Mortimer says expectations are the same as every year, win two games at regionals and take your chances at the state tourney.  But adds he likes the way his team is playing and it’s a pleasant surprise.

The Lady Warriors are currently ranked #1 in the wyopreps.com coaches and media basketball poll.