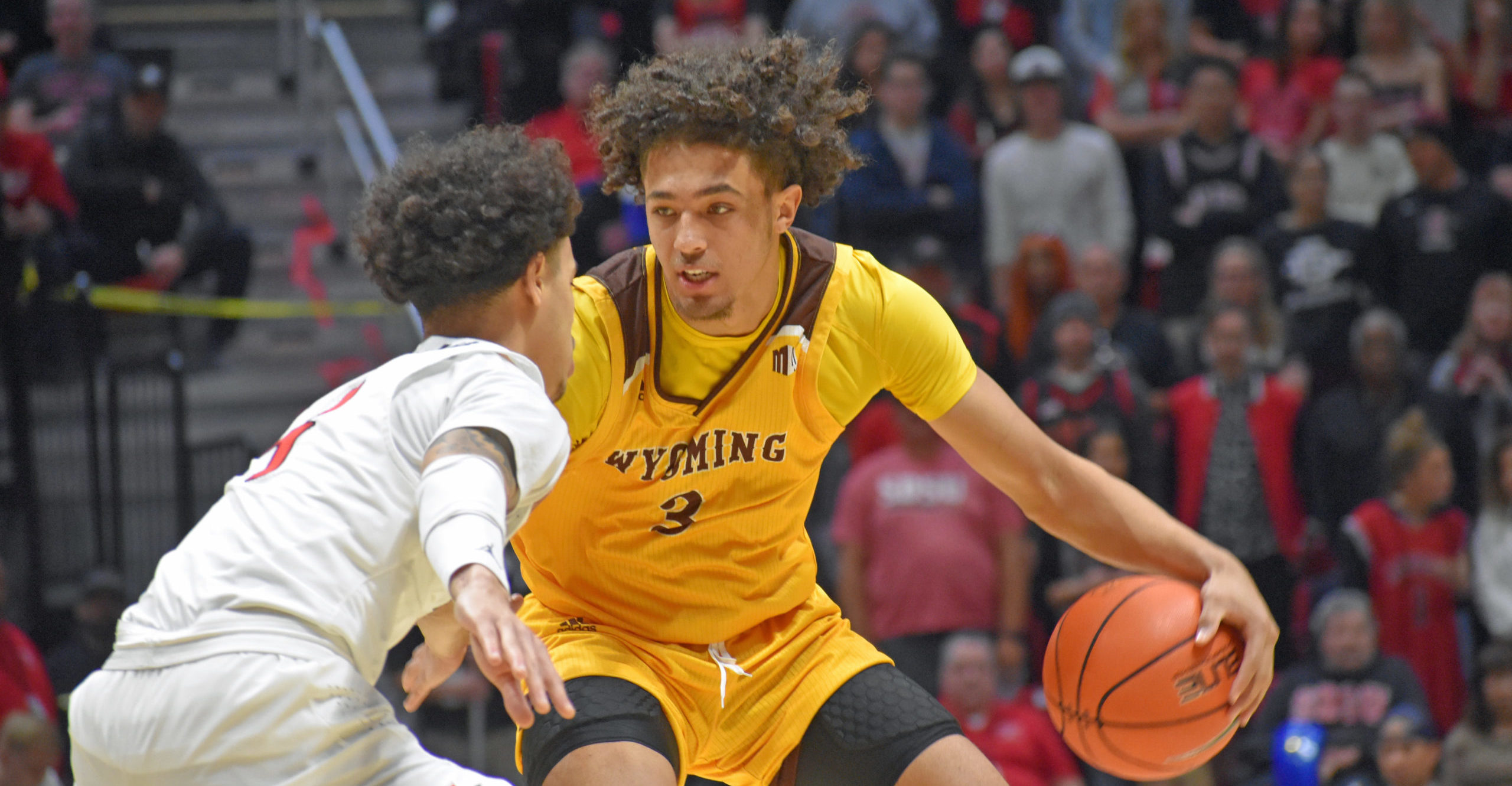 “It was a tremendous atmosphere against a top-five team in the nation and this is truly one of the best teams in the country,” UW head coach Allen Edwards said. “They shot the ball well and every time we had an opportunity to cut the lead, we gave up a three pointer or they forced a turnover. We had a hard time getting over the hump. They stayed the course and are a great experienced team that knows how to win basketball games.”

The Pokes were led in scoring by senior guard Jake Hendricks with 20 points. He finished the night with five three pointers. He has five or more threes in a game six times this season and 12 times in his career. It marked his sixth career 20-point contest and second of the season. Freshman Kwane Marble added 12 points for his third double-figure game this season and second-straight. He also led the Pokes grabbing five rebounds for the night.

“We are a young group and haven’t experienced an atmosphere like this,” Edwards said. “I wasn’t disappointed in the fight by our guys, we were playing an elite team. We really fought and tried to get better as the game went on.”

After A.J. Banks opened the game with a bucket, the Aztecs responded with an 8-0 run to make it an 8-2 contest three minutes into the game. Maldonado hit a pair of buckets to make it a 12-6 game at the 14:28 mark of the frame, but Matt Mitchell recorded an and-one play to extend the Aztecs lead to 15-6 a half minute later.

San Diego State responded with a 9-0 run over nearly three minutes to make it 31-17. To that point the Aztecs forced the Pokes into nine turnovers and scored 12 points off the miscues. The Aztecs would take a 32-19 lead into the half shooting 50 percent from the field with the Cowboys countering at 39 percent.

Wyoming opened the second half on a quick 5-2 run to make it 35-24 two minute into the frame. Hendricks hit his third three-pointer of the game during the stretch. The Aztecs responded with a 6-2 run and built their advantage to 15 points at 41-26 with under 16 minutes left.

The Pokes would go 4-of-5 from the field to make it a 48-37 game with under 12 minutes remaining in the contest. But Jordan Schakel immediately pushed the lead back to 14 points at 51-37 with an-and one play. The Aztecs would hit five-straight shots and later built the lead to 58-40 with under eight minutes remaining.

San Diego State was led by Malachi Flynn with 18 points for the night with five rebounds and five assists. He was one of four players in double-figures with Matt Mitchell adding 15 points, Yanni Wetzell with 14 and Jordan Shackel with 11 points.

Wyoming returns to action next Tuesday hosting Utah State in the Arena-Auditorium for a 9 p.m. MT start on ESPNU.