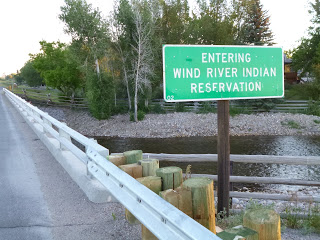 LARAMIE, Wyo. (AP) – Gov. Mark Gordon says he will convene a task force to address ways to combat the high rates of murdered and missing American Indian women in Wyoming.
The Laramie Boomerang reports that Gordon made the announcement Friday at the University of Wyoming during the Missing and Murdered Indigenous Women and Girls March. The event was held to raise awareness of the high rates of homicide and disappearances faced by American Indian women, including on Wyoming’s Wind River Indian Reservation.
Many Fremont County residents drove down to Laramie to participate in the march, including councilwomen of the Eastern Shoshone and Northern Arapaho business councils.
On some reservations, Indian women are murdered at more than 10 times the national average.