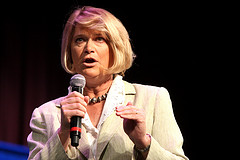 CHEYENNE, Wyo.- Wyoming’s lone congresswoman says she’s more concerned about the leadership style exhibited by the next speaker of the house than that person’s ideology.

Rep. Cynthia Lummis says recent house speakers – both Republican and Democratic – have led by rewarding allies and punishing enemies among their colleagues in Congress.

Lummis says the next house speaker instead should give deference to committees and the work they do rather than pushing through bills with little discussion.

House Speaker John Boehner of Ohio plans to resign and leave Congress by month’s end. Many are calling on Rep. Paul Ryan of Wisconsin to seek the job.