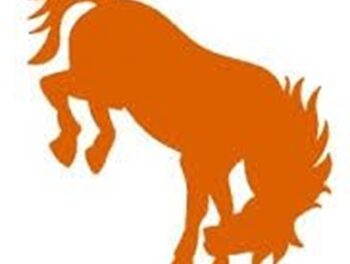 High school football practices, along with all other fall sports in Wyoming, have been going since last Monday. Competitions are already underway for high school golf and tennis, with others to pick up over the next few weeks. In Class 2A, the Burns Broncs have adapted to the “new normal”. Head coach Brad Morrison says their big focus right now is to continue to get used to pre-practice protocols.

Morrison says, “We had a longer team meeting, as I wanted to talk to them and really lay down expectations–so that took about 30 minutes. We got 33 guys through everything, in about ten minutes. Once we got everyone lined out where they were going, it moved pretty quick. The kids want to comply, they want to be safe, so having them with really good attitudes helps move it along faster.”

The Broncs had an experienced team last year, losing to eventual 2A champion Mountain View in the semifinals. Morrison says they like to use the track and field season as a spring football season for their players, but when it was canceled, it made it more difficult.

Morrison added, “For us, we treat track as spring football. We expect all of our guys to run track and get faster. Not having that puts us back a couple of days or so. But like I said, I think we have a lot of young kids who can catch the ball and that can move well in space.”

The high school football season will begin next Friday with week zero games.