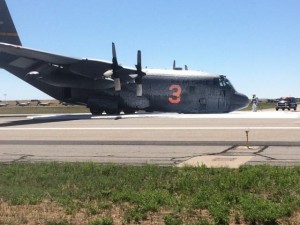 The Wyoming Air National Guard base had to close after a delivery truck initially tested positive for explosive materials.

Wyoming Military Department Spokeswoman Deidre Forster says no entry or exit was allowed as a precaution after Wednesday morning’s positive test result.The Base went on lockdown just after 11:00am and reopened just after 2:00pm.

She says the base is following standard protocols and working with the Cheyenne Police Department.

In a similar situation two months ago, the base was locked down for several hours before no explosives or threats were found.