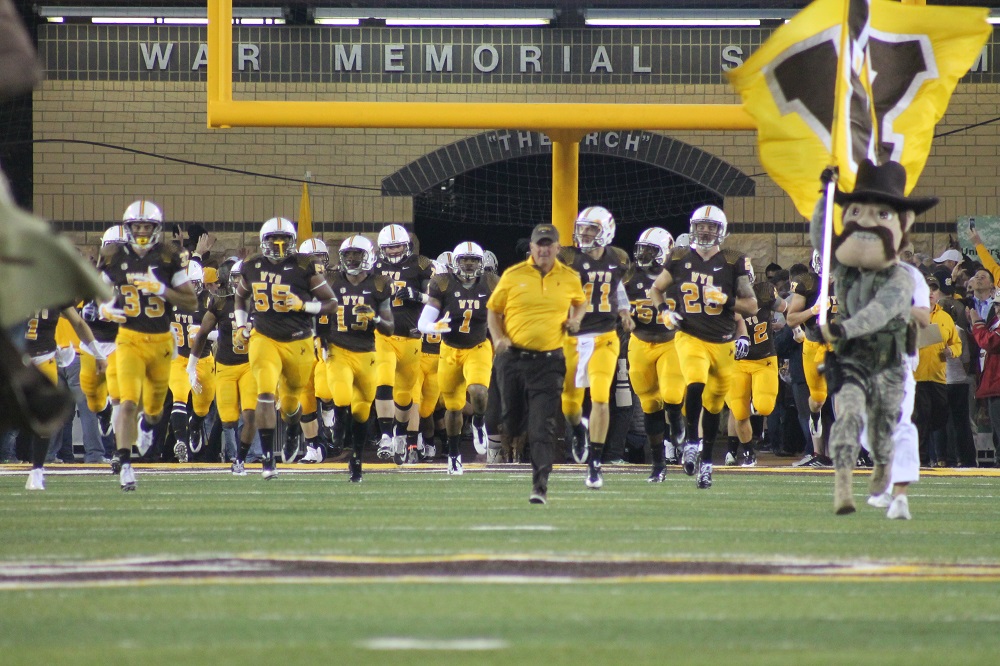 Wyoming’s opponent Saturday night may not be the name brand type of program fans want to see in Laramie.  But Northern Illinois is one of the winningest programs in the country over the last decade.  Not too far removed from an appearance in the Orange Bowl, the Huskies are in bowl games year in and year out, and bring a lot of talent with them to Laramie this weekend.  And you can bet that Cowboy head coach Craig Bohl is telling his team just that, “When you’re talking about Northern Illinois, you’re not talking about a team, but a program.”

“Over the last ten years, they’re in the top five in winning percentages.  I’ve known their head coach (Rod Carey) for a long time.”  Bohl continued saying, “He kind of had a baptism by fire, as his first game as a head coach was in the Orange Bowl against Florida State.  And they’ve gone to bowl games since that time.”

While Wyoming wants to do it their own way, the bottom line is they’d like to get to the point where Northern Illinois is, and that’s winning games.  Strong safety Marcus Epps, who was named a team captain, says that’s where they want to be, “Anytime a program is winning, that’s where we want to be.  We just have to come in every day, and continue to give it our all.  We have a lot of young guys, so hopefully, in the near future, we will be one of those programs that is winning a lot.”

The Cowboys open up the 2016 campaign at home against Northern Illinois.  Kickoff is set for 8:30 pm Saturday night at War Memorial Stadium.